NEVS has served pet owners since 1989.

NEVS now operates in a state-of-the-art hospital in Terrey Hills, opened by the PM in 2015. 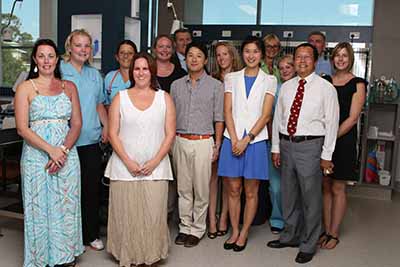 The history of NEVS, Northside Emergency Veterinary Service, started in 1989 as a co-operative of practices on the northside of Sydney, mainly along the northern beaches.

The first meeting was an initiative of Don Turner, Vera Pickering & Henry Hirschhorn, local veterinarians who knew firsthand the stress and exhaustion most vets experienced after working full days and then also performing critical after hours work.

Don & Gail Turner’s practice at Forestville had the unused space and facilities able to be utilised and a relatively central location.

NEVS developed from that initial meeting to become a unique and successful model of co-operation between independent professionals. NEVS grew steadily for almost 25 years until it became apparent it required a larger, separate premises, purpose-built for emergency pet care. 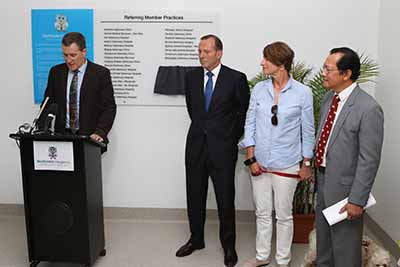 After an interim period at Forestville Veterinary Hospital, NEVS moved to a state-of-the-art facility at 335 Mona Vale Rd, just in time for Christmas 2014. Opened by Prime Minister Tony Abbott and his wife in early 2015, the NEVS dedicated emergency animal hospital has attracted the interests of vets Australia-wide for its co-operative model approach to after-hours and emergency pet care.

Better Homes & Gardens shot a segment on emergency care of animals at NEVS with Dr Harry Cooper. The TV segment showcased the NEVS ambulance and work at the hospital for serious emergencies such as tick paralysis or snake bite. 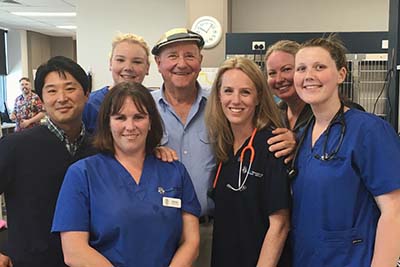 NEVS staff, member veterinary practices and contributing practices remain resolutely committed to providing quality, affordable out-of-normal-hours veterinary care for the Northside’s pets. We have developed expertise in a wide range of emergency techniques, in particular the treatment and support of tick-paralysed animals. Our management of tick paralysis cases requiring ventilation is regarded as World’s Best Practice, and staff here have been critical to the development of that world standard in no small way. In the past few years our expertise has seen ventilation support times drop from an average of seven days to less than three days, with a concomitant reduction in costs for owners and increased survival of your pets.